“Music is the mediator between
the spiritual and the sensual life.”

“Music is the mediator between
the spiritual and the sensual life.” 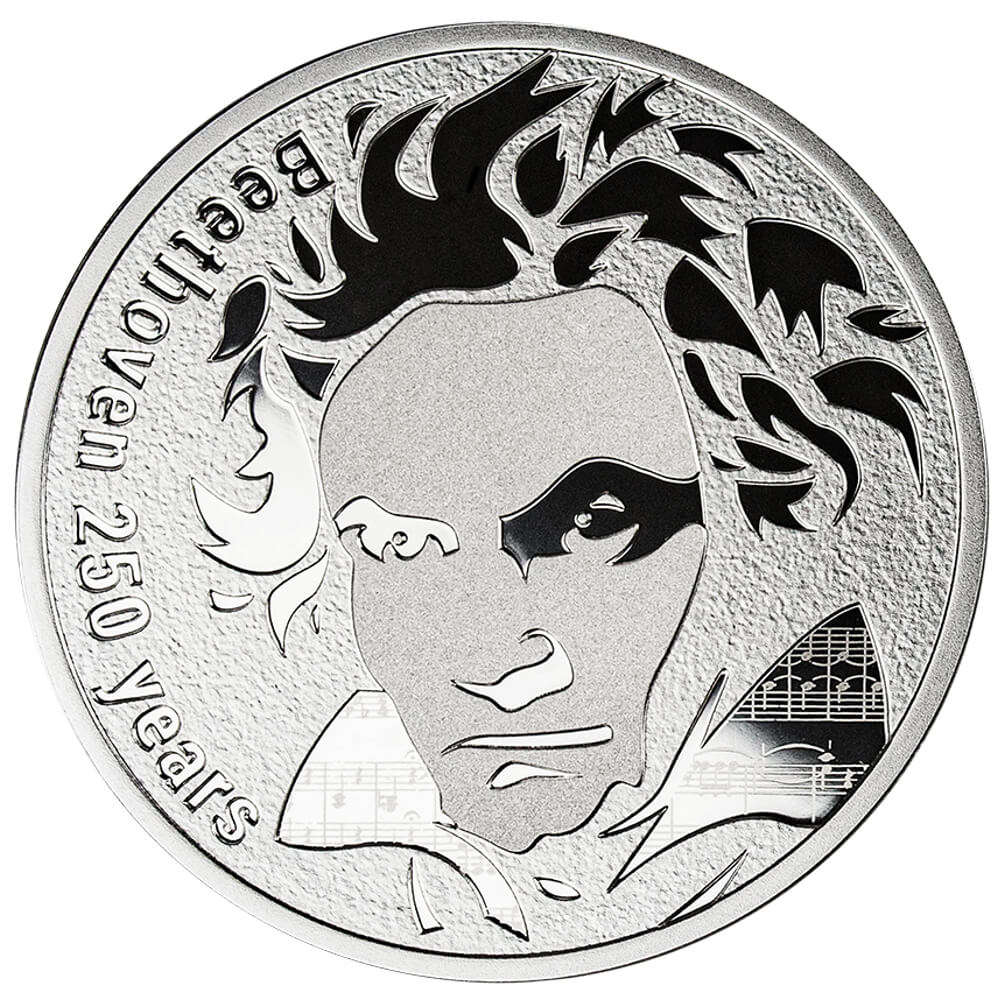 Formidable talent and artistic legacy of the last composer of the First Viennese School still evoke great emotions and stir human soul. This extraordinary commemorative coin featuring world-famous portrait of Ludwig van Beethoven is a real treat for all lovers of classical music. High-end technologies and exquisite craftsmanship of our minters resulted in the impeccable numismatic effect. This unique souvenir coin has been struck in .925-sterling silver in best proof quality to honor the 250th anniversary of birth of the great composer. Probably you are now holding it in your hands and admiring its elegant beauty thanks to the innovative QR code placed on its obverse.

A few facts about Beethoven

He reinvented the symphony, reshaped string quartets, and redefined piano sonatas. The life of Ludwig van Beethoven, the deaf composer who changed music forever, was tragic, but multifaceted. The great composer was born in Bonn, Germany in December 1770. From an early age, young Beethoven was introduced to music by his very strict father.

Ludwig van Beethoven’s talent as a piano virtuoso was recognized by Count Ferdinand Ernst Gabriel von Waldstein. Although Beethoven was widely regarded as a great musician, his habits were unconventional for the social circles, which he moved in. He was untidy, clumsy and impulsive. To make a living, Beethoven relied mainly on private donations from various benefactors. His financial situation was difficult due to his burdensome family situation. From his early 20s, the composer experienced a slow deterioration in his hearing, which eventually left him completely deaf.

He died in Vienna on 26 March 1827, aged 56. The precise cause of death is uncertain; however, he had a significant liver damage – either due to accumulation of lead poisoning or excess alcohol consumption. Over 20,000 people are said to have lined the streets of Vienna for his funeral. Although Beethoven had a difficult temperament, and although his music was sometimes too visionary for the public, he was deeply appreciated for his profound contribution to music. 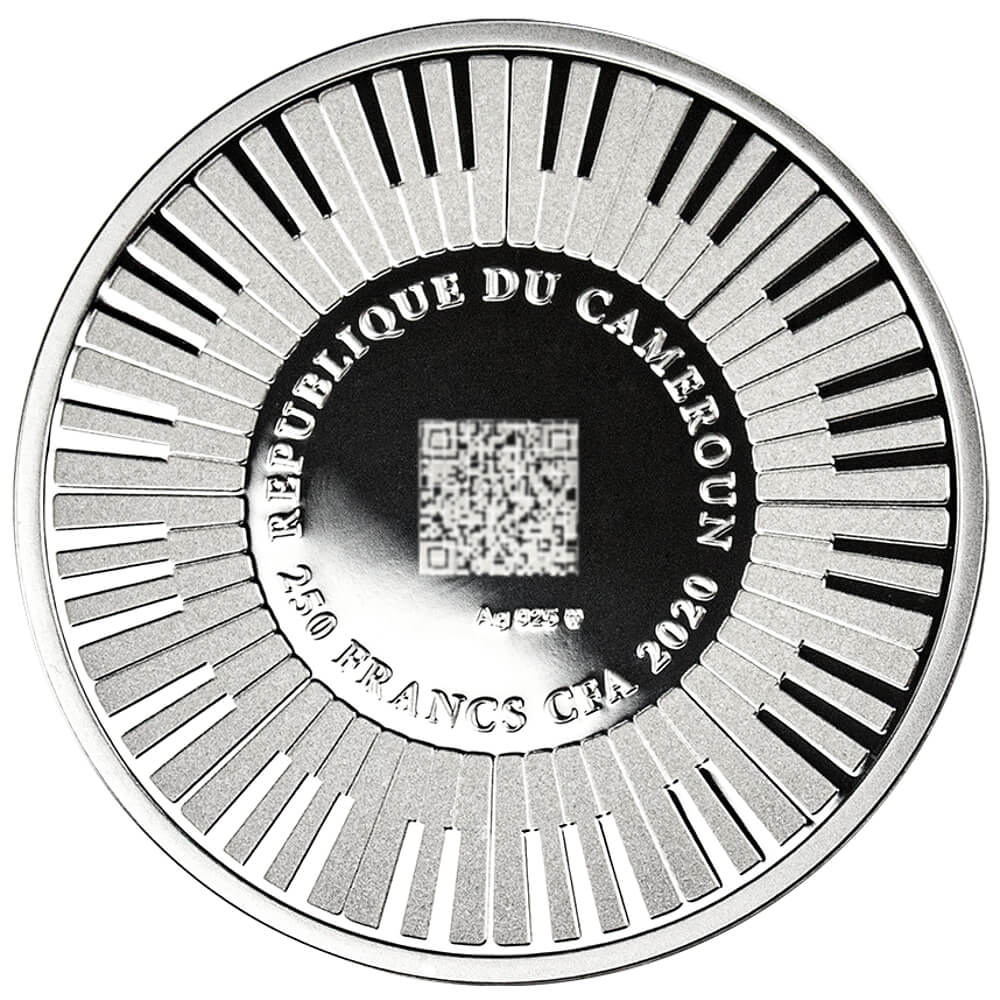 Beethoven’s music was truly unconventional, he explored and introduced new ideas and left behind the old conventions on style and form. His freer and explorative musical ideas caused estrangement with his more classical teachers, like Haydn and Salieri. Against all odds, his most recognizable works were composed in last 15 difficult years of his life. This included the great works – Missa Solemnis and the Ninth Symphony – both finished shortly before his death. The Ninth Symphony was groundbreaking in creating a choral symphony from different voices singing separate lines. The final part of the masterpiece – often referred to as “Ode to Joy” – is a symbolic musical representation of universal brotherhood. It was a climax to Beethoven’s unique musical creativity and life. Beethoven considered music as one of the greatest contributors to a higher philosophy. 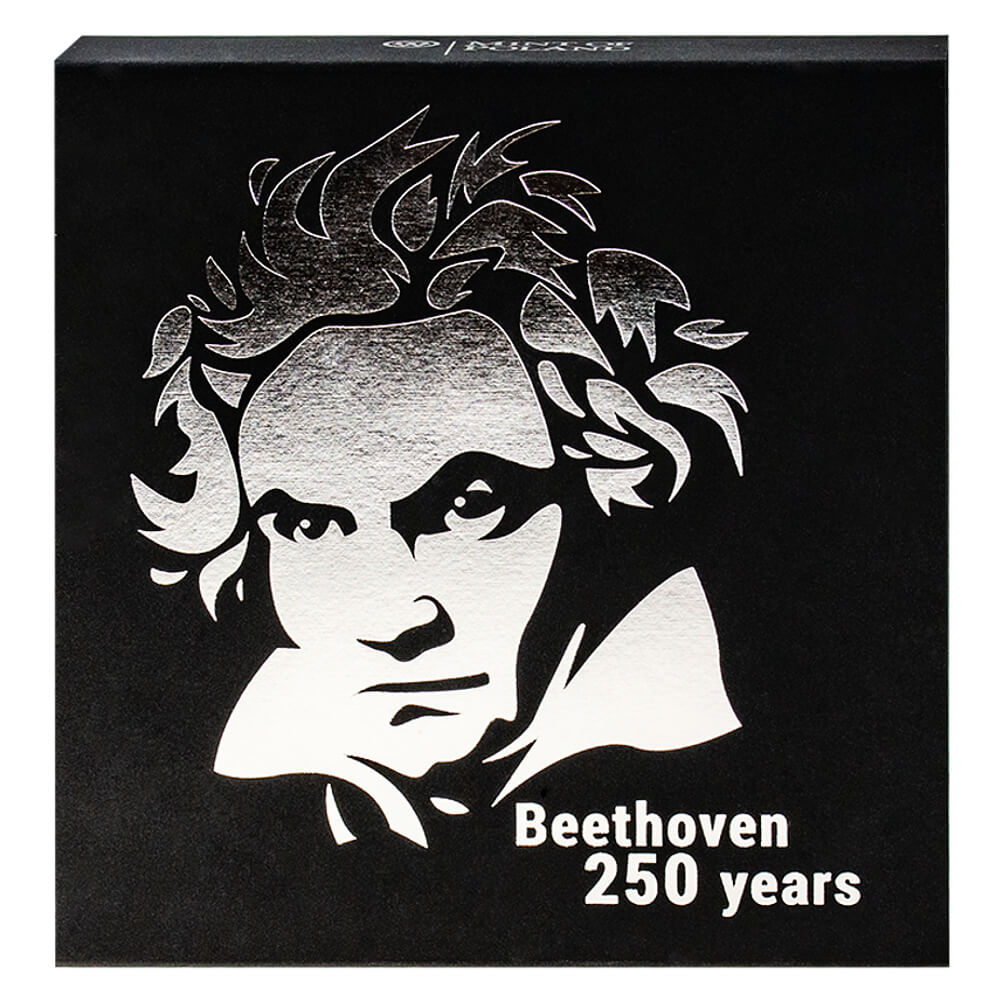 “Music is … a higher revelation than all Wisdom and Philosophy”

Some of Beethoven’s most memorable musical gifts include:

Symphony No. 5 in C minor

Symphony No. 9 in D minor, including well-known “Ode to Joy”